The lead singer of The Night Snipers has an old tradition to celebrate her birthday on stage. In 2016 for the first time Diana shared her personal celebration with a multi-thousand audience of the festival Nashestvie. 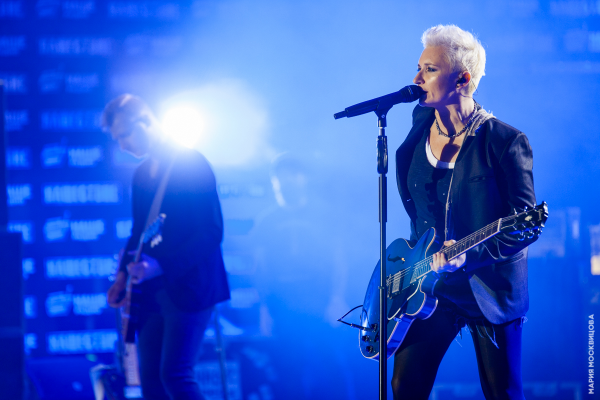 On July 8, The Night Snipers came on stage in the evening as headliners of the first day of the festival. The hosts from Nashe Radio announcing the set of the band reminded the audience about Diana Arbenina's little celebration; thus, her stage appearance was met by crowd cheering congratulations; more than 100,000 people have wished her happy birthday. Few more million people were able to watch it online thanks to the live broadcast on the site of Nashe Radio. 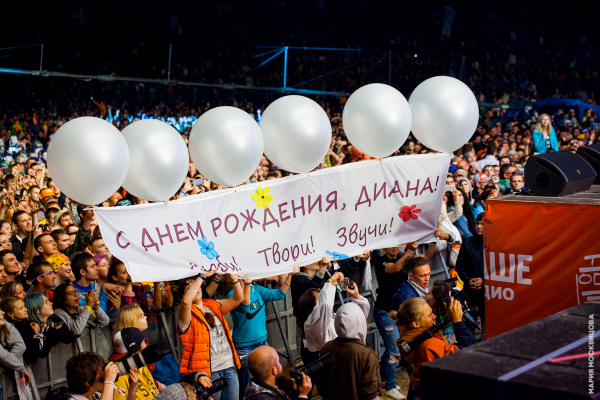 The participation of the audience in the concert had not finished with that. The group of snipers' fans with the organizational help of Nashe Radio, prepared a whole program of flash-mobs that accompanied songs of The Night Snipers. Starting from the most simple and traditional ones like waiving the bright neon sticks in the air to true shows that required serious preparations. For example, for the song "Istoriya" (Story) the fans brought 5 huge foam rubber cubes with letters on one of the sides that added into the word 'Story' and with other sides showing fotos of the album covers, books and paintings of Diana Arbenina. The cubes were sent flying across the whole field.
During the song "Ne dari" (Don't give) the whole space in front of the stage got filled with bubbles; for the song "Ochen'khotela" ( Wanted so much) huge inflatable hearts were sent into the night sky. 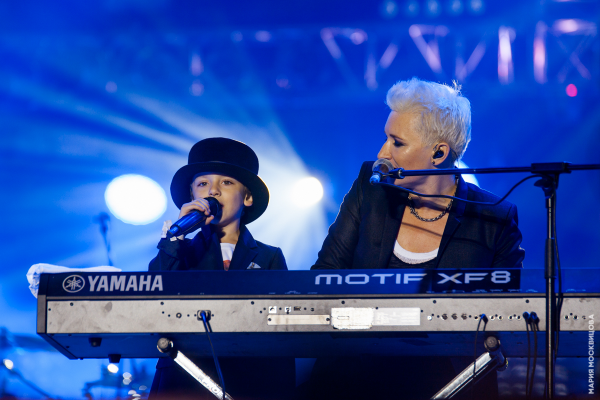 Original ideas of the fans marked almost each song from the 1.5-hour snipers' set. Besides that, few hundred CDs of The Night Snipers and other memorable souvenirs were given to the audience by the band.

Although, the brightest events were happening on the stage. Diana Arbenina also prepared few amazing surprises. During one of the most lyrical snipers' compositions, a song "Pomolchim" ( Let's be silent), Diana's 6 year old son Artem appeared on the stage by her side. This was his debut on the stage; he sang that complex song from start to finish with the accompaniment of Diana on the keyboard, totally creating a sensation. 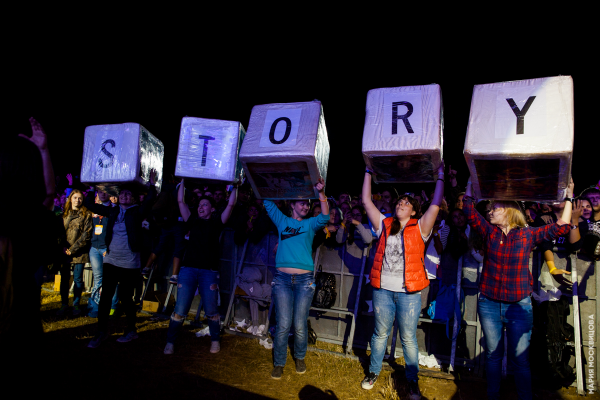 At Nashestvie, The Night Snipers presented a program consisting mostly of songs from the new album Only Lovers Will Survive which was released in February of this year. Most of these songs were already quite familiar to the audience of Nashe Radio and had already been in the lead positions of the Chart's Dozen ratings. To finish the set, the band decided to sing real hits of prior years such as "Rubezh" and "31-aya vesna", but even this was accompanied by a surprise. During the final song of the set, "Vot I vse moi pesenki", Diana Arbenina ran to the forestage and smashed that same guitar she just played at the concert against the stage in front of her fans. This unusual and unexpected even for Diana spontaneous rock-n-roll urge happened for the first time.

This was not the end of the celebration. After the concert, Diana was greeted with more congratulations in the dressing room, starting from fans who organized the flash mobs, as well as from the band. Snipers prepared a unique present for their lead singer, a true live pine tree that can be planted on the lawn by the house.

Snipers sets at Nashestvie often became the most memorable events of the festival in prior years. Without a doubt, Nashestvie -2016 is not going to be an exception and the bright impressions from the concert would always stay in the memory.