"Malchik na share"( "A boy on the globe"), an album recorded by Diana Arbenina in Thailand and released by Universal Music Russia in 2014, is currently available on Google Play for purchase and streaming worldwide through computer and mobile devices. 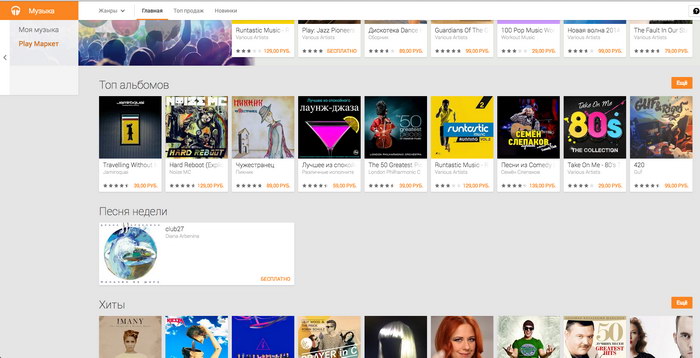 The track "Сlub27" is nominated to be a single of the week since September 15th, 2014 on Google Play and can be downloaded and streamed for free. "Malchik na share" is fully available for purchase here 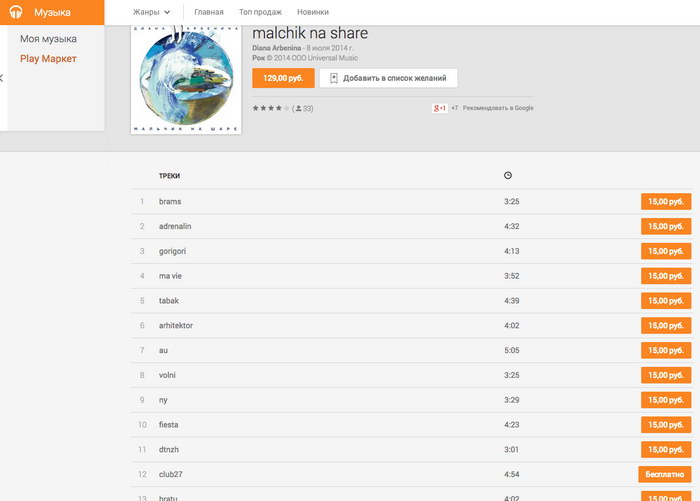 "We were touring in Seattle. Our friends took us to the house of Kurt Cobain where he lived and killed himself. This song is about him and all those who can be named as Club27, all the people who did not make it to 28", said Diana Arbenina about the song. "Malchik na share" is a solo album by Diana Arbenina with 13 tracks including "Brams", "Adrenalin", "Gorigori"("Mountains"), "Ma Vie", "Tabak", "Arkhitektor"("The architect"),  "Au", "Volni"("Waves"), "NY", "Fiesta", "DTNZH"("Yes, that is how the life starts"), "Bratu"("To my brother")  available on iTunes, Google Play, Svoy, Yandex.Music, all the biggest digital stores in Russia and worldwide. “Malchik na share” comes in two versions on iTunes, a standard one and deluxe version that includes video clip for "DTNZH” and a digital booklet with Diana’s graphics.  Actual CD album is available in all music stores in Russia as well as on the band's webstore “Patrontash”.  Specially for the fans, the band released a limited edition of “ Malchik na share” with a unique package and a booklet.